A common issue/request about Dropbox was about ignoring files without using Selective Sync. Dropbox recently introduced the ability to ignore specific files or folders. Although the significance of the new feature, many users [ 1, 2 , 3, 4] have expressed the importance of ignoring files from Dropbox using Glob just like .gitignore. For various reasons Dropbox doesn’t seem to have the will to implement such a feature :/ 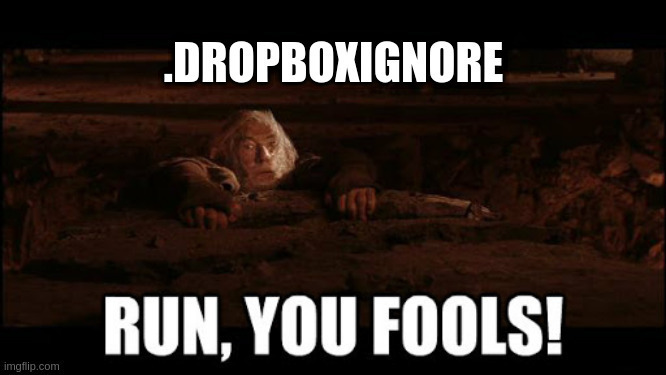 As a result, I decided to implement dropboxignore which is a simple shell script that ignores files from Dropbox based on glob patterns. Additionally, existing .gitignore files can be used to automatically generate .dropboxignore files.

The main difference between dropboxignore and the other relevant projects:

dropboxignore is currently available only for Mac and Linux and has various features:

The simplest usage example could be this: Let’s say that you want to ignore every .txt under your Dropbox folder, in that case you only have to run the following command:

You can find more usage examples here. The full documentation of the project is available here

Things to not expect from dropboxignore#

When a new file has been created and is matched by a .dropboxignore file, user should re-ignore matching files. A cronjob could solve this drawback.

Current implementation can detect and update .dropboxignore file if an extra pattern has been added in the corresponding .gitignores but it can not handle deletions in the same way.